SONICOM researchers dive-in to understand more about the values and safety of using AI in the project.

“Your scientists were so preoccupied with whether or not they could that they didn’t stop to think if they should.” The famous line from Dr Ian Malcolm (Jeff Goldblum) in Jurassic Park is a regular reference when discussing new scientific and technological frontiers, especially none more so in the context of artificial intelligence. As part of a recent workshop they participated in, SONICOM researchers did not exclusively tackle what Dr Malcom says, rather they assessed the ethical dilemmas around the tools and applications that will be developed in SONICOM over the 5-year project.

The “Ethics and AI in SONICOM” workshop was led by SONICOM’s external ethics advisor, Dr Catherine Flick; an ethicist and Reader in Computing and Social Responsibility at De Montfort University. It centred on completing ALTAI – The Assessment List on Trustworthy Artificial Intelligence tool which was developed only recently (launched in 2020) by the AI High Level Expert Group, or AI HLEG for short, who were appointed by the European Commission to provide advice on artificial intelligence strategy. The ALTAI tool is aimed to support projects such as SONICOM in assessing the trustworthiness of AI in their systems, and SONICOM’s researchers dived right in. 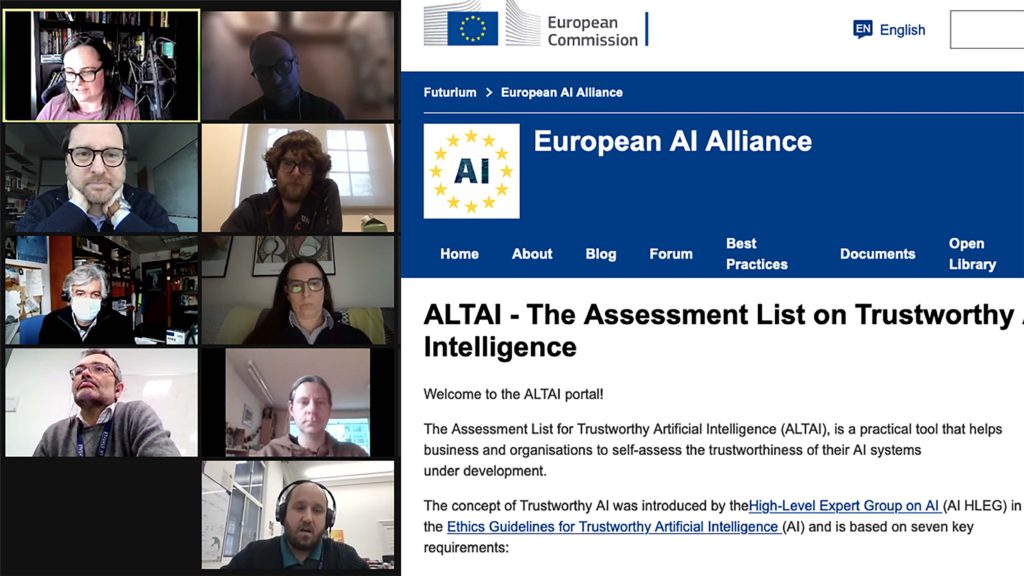 SONICOM researchers during the virtual workshop exploring the ALTAI tool

The consortium identified and evaluated the values and principles behind the way AI will be leveraged to design novel immersive audio technologies and techniques. In evaluating what risks the systems using AI might generate and the potential impacts on clusters such as society, the environment, the consumer etc, the workshop enabled SONICOM’s researchers to think about ‘responsible competitiveness’. SONICOM’s researchers considered through completing this tool the ways in which the design, development, and use of AI in the project can be trusted by end-users.

In speaking with Dr Flick, she notes that “the SONICOM team had a productive discussion around the AI systems being implemented within their project using the ALTAI self-assessment tool for trustworthy AI.” Also, engaging the consortium in thinking about minimising risk as the project progresses, Dr Flick said that  “while the project is very sound in its risk mitigation strategies, a number of future tasks were identified to ensure the trustworthiness of their system with its end-users and the general public.” Overall, having trustworthy AI that is lawful, ethical, and robust.

The consortium will continue to assess AI and ethics as the project progresses.

More information on the ALTAI tool is available on the European Commission website. 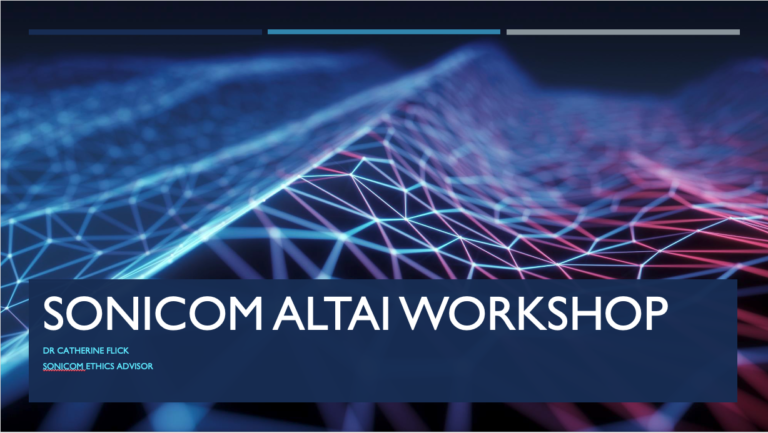